Sorry, this item has been discontinued.

This 3V battery holder will power all of our 3V LEDs. Uses 2 AA batteries to power 1-60 LEDs. This may be used as an alternative to the smaller coin cell battery holder and switch unit, which powers up to 10 LEDs.

Connects to LEDs using shrink tubes or black tape. No soldering is needed. 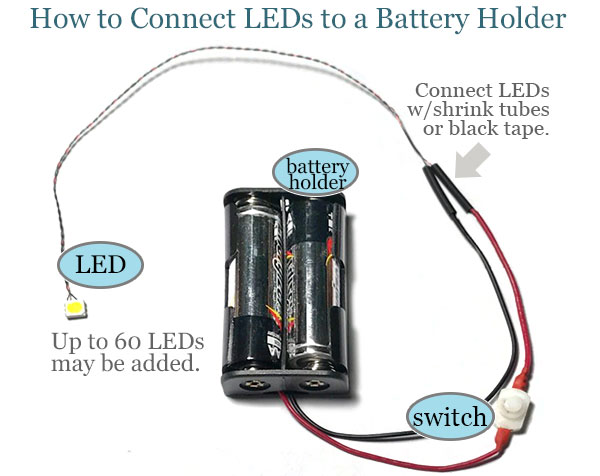 Easily change from a wall adapter to a battery - perfect for transporting projects. 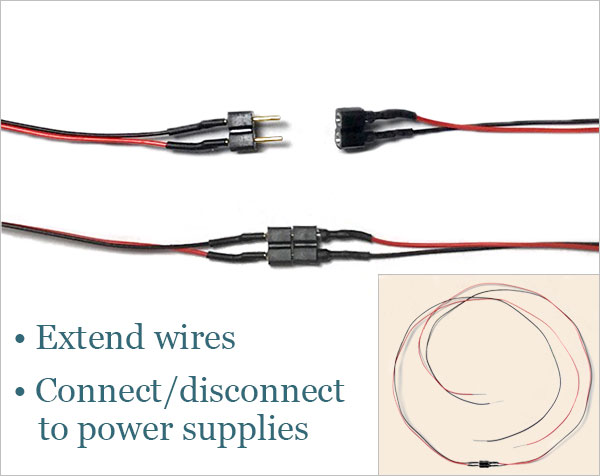 Our wired connectors have a plug in the center that connects using male/female ends.

Dimensions of the battery holder and wires